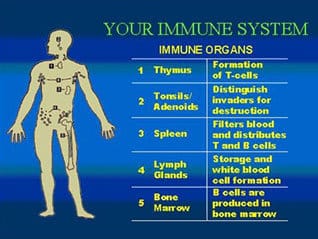 Posted at 16:51h in Mold Remediation by Kevin
Share

Over the years, research has clearly indicated that exposure to certain kinds of mold can cause health related issues. On-going studies have proven that mold has been linked to the following health problems:

While researchers are still trying to unravel the health issues attributed to mold, health officials are especially concerned about certain species of molds that produce a byproduct chemical called mycotoxin as they feed. Scientists are unclear as exactly why certain species of molds secrete mycotoxins, but the leading theory indicates that these chemicals impair the growth of similar cellular based life forms that might compete with the mold for both space and food.

Mold Sources and Symptoms
Mycotoxins are aptly known as “Toxic mold” in the scientific community as various levels of exposure to mycotoxins has caused significant health problems, including deaths, in animals and humans. Mycotoxins enter the human body through ingestion, skin contact (absorption), and inhalation. The effects of the mycotoxin vary great depending on a number of factors including:

In the mid 1990’s, the general public became much more aware of mycotoxins and “toxic mold” when the CDC released a study citing a clear relationship between the mycotoxin of a certain mold species with increased rate of pulmonary hemorrhages in infants that resulted in death and long term damage. A number of high profile lawsuits followed, which put mycotoxins on the public health agenda. While the CDC report referenced above was later found to be less than accurate, mycotoxins still pose a very significant health risk. In 2004, 125 Kenyans died and another 200 were hospitalized after ingesting maize that was infected with powerful mycotoxins from a particularly dangerous species of mold.

This information isn’t presented to scare homeowners, but to educate them on this topic. Most people decide to try to handle mold removal themselves, and never really address the underlying cause of the mold. Trained mold remediation and removal specialists have the training and equipment to safely remove mold and help identify the causes.